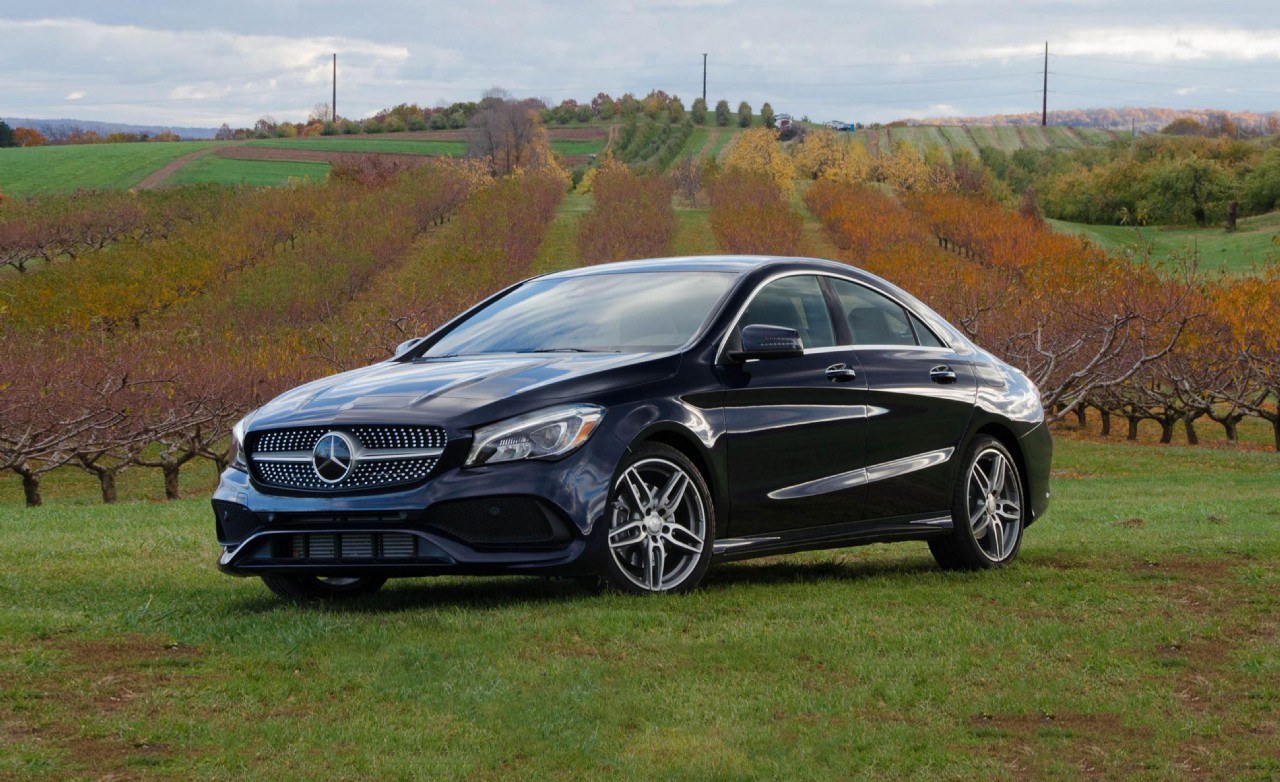 The Mercedes-Benz CLA-Class is a series of subcompact executive cars manufactured by Mercedes-Benz since 2013. The first generation was a four-door fastback based on the platform of the W176 A-Class and W246 B-Class compact cars, marketed as a four-door coupé. In 2015, Mercedes-Benz expanded the CLA family to include the Shooting Brake, a station wagon configuration. As the V177 A-Class sedan took its place as the budget-conscious sedan, the second generation got longer and wider than the W205 C-Class.

The CLA is Mercedes-Benz' first ever front-wheel drive sedan and the first front-wheel drive vehicle offered by the manufacturer in the U.S. market. The CLA range is positioned above the A-Class and it is nearly on the level of the C-Class in the Mercedes model range, and models tend to be less practical than the A-Class it is based on. First generation (C117; 2013–2019)

The design of the C117 CLA-Classis based on the Concept Style Coupe concept unveiled by Mercedes-Benz at the 2012 Avant/Garde Diaries event in Los Angeles,followed by the 2012 Auto China,and Huashan 1914 Creative Park.It is a four-doorfastbackcoupe, based on the platform of the W176 A-Class and W246 B-Class compact cars. The production version C117 CLA was publicly unveiled at the2013 North American International Auto Show,with sales commencing in September 2013.

Trial production of the CLA at theKecskemétplant at southeast ofBudapest, Hungary started in 2012,with production at Kecskemét plant beginning in January 2013.

Mercedes claimed that the C117 would be the most aerodynamic production vehicle on sale with a Cd=0.23, beating the previous most-aerodynamic, the Tesla Model S with Cd=0.24. The CLA 180 CDI Blue Efficiency was claimed to be even more aerodynamic with a Cd=0.22. However, independent measurement by Car and Driver Magazine in May 2014 bore out Tesla's claim by exactly confirming a drag coefficient of Cd=0.24, putting Mercedes' claim into question by measuring the CLA at Cd=0.30. The test done by Car And Driver was in turn criticized for being imprecise as to which model variant of the CLA was tested and which variant was advertised featuring a Cd=0.23.

The 2015 model included updated infotainment with a bigger central screen and an updated head unit with iPhone interface as standard, Collision Prevention Assist Plus autonomous braking made standard and an extra 5kW for the CLA 220 CDI. Furthermore, the 2016 model brought Carplay as an option to the CLA. A facelift was introduced for the CLA model range in 2017, offering new restyled headlights and restyled taillights with available bold LED lighting. 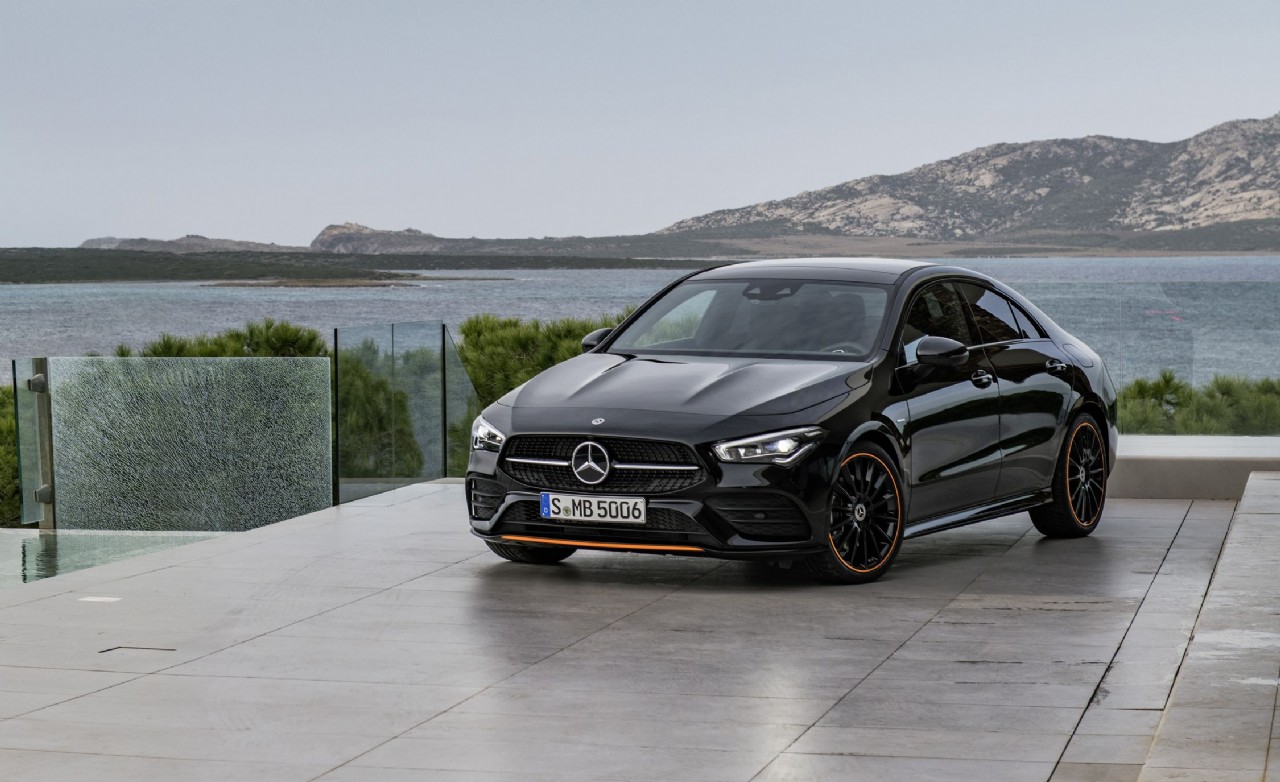 It is a version of CLA 180 with reduced fuel consumption. Drag coefficient value was reduced to 0.22 via low A-pillar shoulder with adapted A-pillar geometry, aerodynamically optimised exterior mirror housings and rear shape, optimised diffuser, optimised underbody and rear axle panelling, radiator shutter, aero wheel trims and serrated wheel spoilers on the front and rear wheel arches. The vehicle was set to go on sale in September 2013. 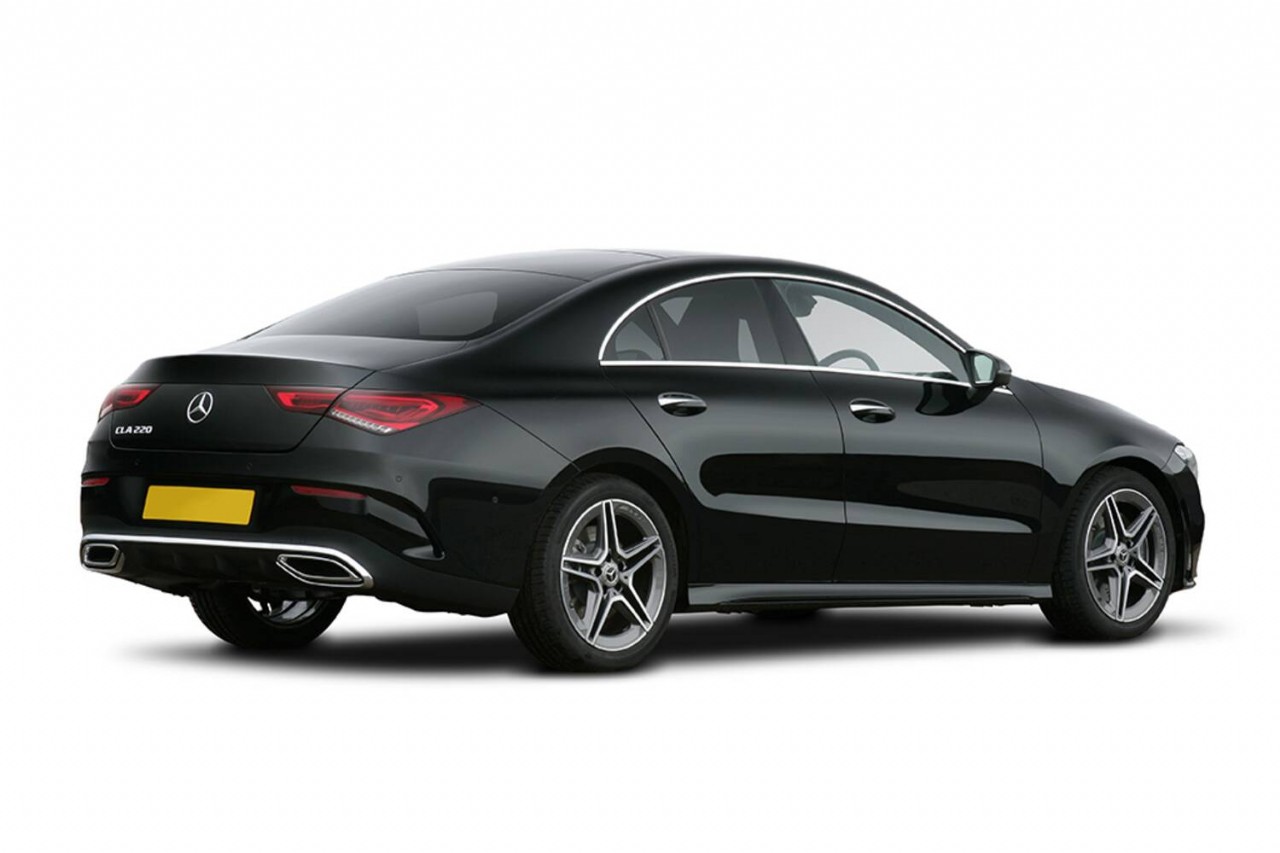 Mercedes-Benz announced the X117 CLA Shooting Brake at the 2014 LA Auto Show, which is a five-door station wagon version of the CLA sedan. It measures in at the same length as the CLA sedan and also shares the same wheelbase. It was not sold in the United States.

The only visual changes start from the B-pillar, which provides more headroom in the backseat area. It also provides more boot space than the sedan, 470 litres to 495 litres, while folding the rear seats flat frees a usable 1354 litres. The Shooting Brake has worse fuel economy than the sedan due to the slight kerb weight increase and the drag coefficient increasing from Cd=0.23 to Cd=0.26.

All CLA-Class models are powered by four-cylinder engines, including a choice of 1.6 L and 2.0 L gasoline, and 3 diesels, a 1.5L, a 1.8 L and a 2.2 L. Most of the engines come in a range of different states of tuning, and all include a stop-start feature.

The 7G-DCT transmission includes electric activation of the hydraulics for the parking lock, which is locked by mechanical means; three gearshift programs (ECONOMY, SPORT, MANUAL). 7G-DCT transmission option became available for CLA 180 in June 2013, followed by CLA 200 CDI in September 2013. 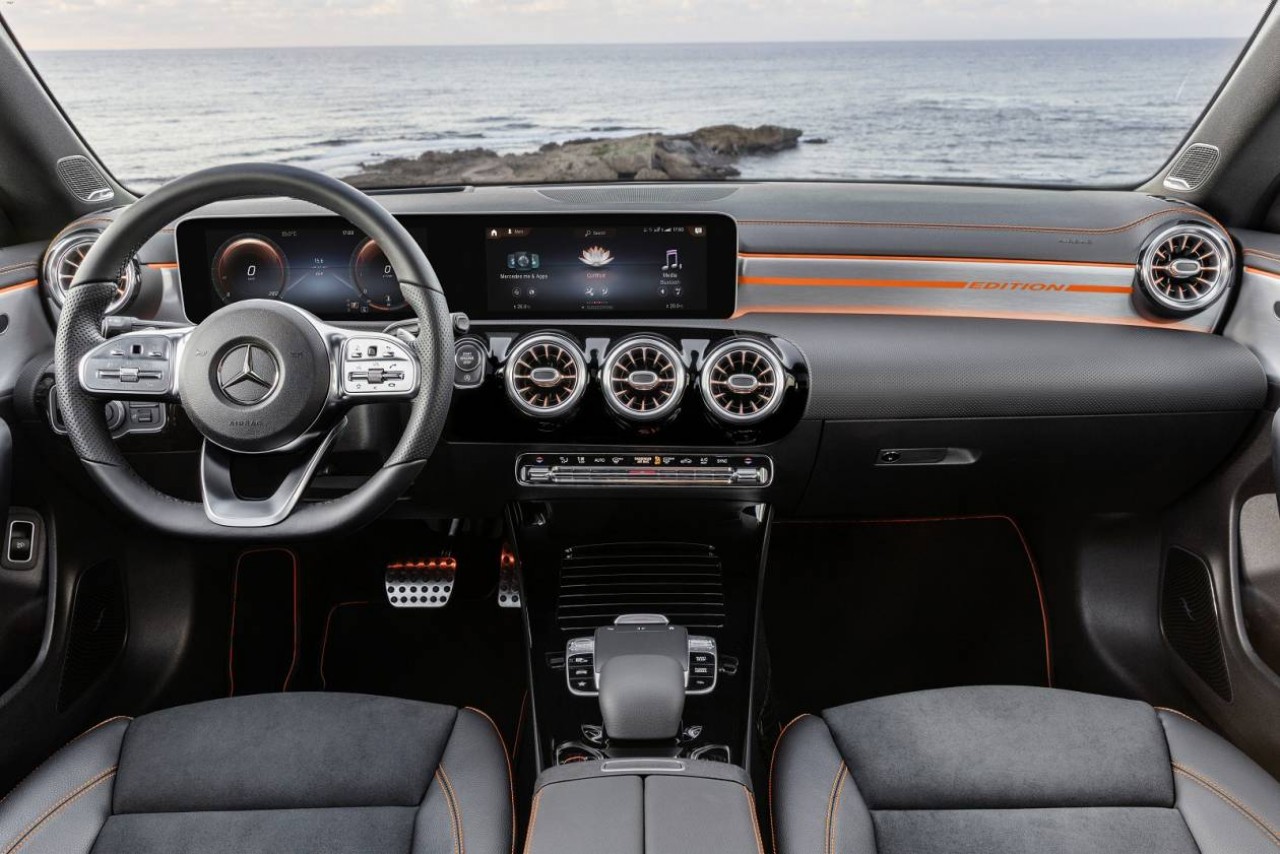 The vehicle was unveiled in the 2013 Geneva Motor Show, followed by the 2013 New York International Auto Show. It went on sale in late September 2013.

For the 2016 year model, Mercedes-AMG increased the horsepower of the CLA 45. It now has 375hp (280kW) at 6,000 rpm which allows the car to accelerate from 0–60 mph in 4.1 seconds compared to the previous 4.4 seconds with 355hp. New features that were added include AMG DYNAMIC SELECT and an introduction to AMG DYNAMIC PLUS package which brings enhanced acceleration, suspension, and transmission.

The second generation CLA-Class was unveiled at the 2019 Consumer Electronics Show in January 2019. Based on the same Modular Front Architecture (MFA2) platform as the W177 A-Class, W247 B-Class, X247 GLB and H247 GLA the C118 CLA-Class retains the fastback styling to set it apart from the V177 A-Class Sedan and shares its powertrains with the A-Class. Stylistically, the design is inspired by the new design language Mercedes-Benz adopted for the C257 CLS-Class.

The C118 has an almost completely flat underbody, resulting in a drag coefficient as low as 0.23. It uses front MacPherson struts in combination with either a twist beam or multi-link at the rear, and the option of adaptive dampers. Compared to its predecessor, the C118 is 48 mm (1.9 in) longer, 53 mm (2.1 in) wider and loses 2 mm (0.1 in) in height, while its wheelbase has been extended by 30 mm (1.2 in).

The CLA 250 e plug-in hybrid variant was revealed in March 2020; it is available in both Coupe and Shooting Brake body styles.

One of the most common issues experienced by owners of Mercedes' vehicles is with non-engine electrics. Mercedes vehicles are packed with new technology and earlier this year the new MBUX (Mercedes-Benz User Experience) system including a top-of-the-range infotainment system was introduced in the latest A-Class models.

Mercedes = very expensive to repair and maintain. Over 100,000 miles even worse. Also it depends on the price of the car and the depth of your wallet. ... Owned many Mercedes the only models over 100K are the S class, SL and CL series and they all hold their resale values extremely well.

The Mercedes-Benz CLA250 Reliability Rating is 3.5 out of 5.0, which ranks it 7th out of 17 for luxury compact cars. The average annual repair cost is $736 which means it has average ownership costs.

Because it's designed to be cheap. Mercedes A, B, CLA, GLA are with so called MFA front wheel drive platform. Mercedes didn't produce such cars before, but they had to do something to compete with the low class cars from other manufacturers. The S class is their luxury top car.