How to Unlock your Mac with Apple Watch?

Unlock your Mac with Apple Watch

If you have a Mac (mid-2013 or later) with macOS 10.13 or later, your Apple Watch can instantly unlock your Mac when it wakes from sleep. You need to be signed in to iCloud using the same Apple ID on both your Mac and Apple Watch.

Tip: To find the model year of your Mac, click the Apple menu in the top-left corner of your computer screen, then choose About This Mac. The year your Mac was made is listed next to the model—for example, “MacBook Pro (15-inch, 2018).”

Unlock your Mac with Apple Watch 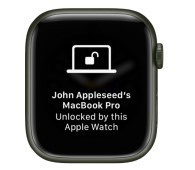 1. Make sure that your devices are set up as follows:

If you don’t have two-factor authentication turned on for your Apple ID, follow the onscreen instructions, then try selecting the checkbox again.

While wearing your watch, just wake up your Mac—no need to type in your password.

Unlock your iPhone with Apple Watch

To allow Apple Watch to unlock your iPhone, do the following:

Apple Watch taps your wrist to let you know that your iPhone has been unlocked.

Unlock your iPhone with Apple Watch 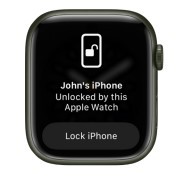 Note: To unlock your iPhone, your Apple Watch must have a passcode, be unlocked and on your wrist, and be close to your iPhone.

Why is the Samsung SCR-4101N DVR security camera system displaying a password no match error when the admin password is inputted?

Why is the Samsung SCR-4101N DVR security camera system displaying a password no match error when the admin password is inputted? How to hard reset Samsung DVR?

Most popular phones in the world 2019 Smart phones

What is the best phones? Of course, it's your favorite phone. You decide. Latest phone models I selected for you. I think all phones are beautiful and

Xiaomi Band 3 User ManualInstalling the Fitness Tracker1. Insert one end of the fitness tracker into the slot from the front of the wristband. 2. Pres

A smartwatch is a wearable computer in the form of a watch; modern smartwatches provide a local touchscreen interface for daily use, while an associat

It takes just a few minutes to get up and running with Apple Watch.Pair Apple Watch with your iPhone To set up your Apple Watch, p

Use the Apple Watch app on your iPhone to customize watch faces, adjust settings and notifications, configure the Dock, install apps, and more. F

Get a move on Stay fit with Apple WatchApple Watch can track your activity and workouts, and encourage you to lead a more active life t

Set up, Manage and Reminders Apple Watch for a family member

How to Manage your Apple ID settings on Apple WatchIn watchOS 8 you can view and edit information associated with your Apple ID. You can add

Apple Fitness+When you subscribe to Apple Fitness+, you get access to a catalog of workouts, including Cycling, Strength, Treadmill (running and walki